Behind the Emerald Curtain: An Introduction to Ossington – the Oz Strip

Ossington from Queen to Dundas is what pelple think of when you mention Oz.  But these days the appeal of Ossington extends right up to Ossington and Bloor.  This is a neighbourhood on the up, a patch of the city that is eclectic, soaked in duality and energy. The neighbourhood stands at the west-central portion of the city’s inner heart, marking the transition from the core to the first steps of the West end.

Oz is defined by its fluidity. The Portuguese and Italians who came in the 60s and 70s have built handsome houses, well-kept markets and butcher shops. Both groups sprinkled the area with the effects of European handiwork and attentiveness. Newer arrivals from East Africa, Asia, and the Caribbean have added the exotic aspects of diversity Toronto loves and molds into itself with such Bay Street efficiency and effectiveness.

Oz is genuine and real. The authentic feel of the area has attracted waves of younger, more culturally diverse crowds. This trend brings scores of hip, urbane millennials and professionals; they range from the newly tenured university professor, and corporate lawyer, to musician and the aspiring artist. With this re-awakening sprouted classy espresso shops, crisp clothiers, and even art galleries that double as idiosyncratic dance halls. The young are regularly lured to Oz with pop-up stores by iconic designers. There are bars of every variety, and gourmet restaurants taking over with regularity, where tired storefronts were once the norm. Part of the West Queen West draw, Ossington is now the abode of the real and the unpretentious.

Ossington has soul in a city desperately itching to shed the outdated criticism of being a “pretend city”.  While the City has shown all the traits of maturation, soul is something you can’t buy, or fake. Oz has it, and is proud of its openness. The great mystery is what shape this neighbourhood will take in the decades to come? It could well become the next sizzler, the place everyone goes to and everyone wants a piece of. But Oz is in no rush, it marches on steadily and slowly, taking its time. Oz has just opened its eyes, and all are welcomed. 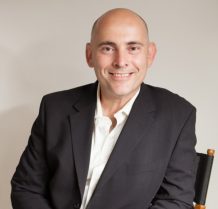